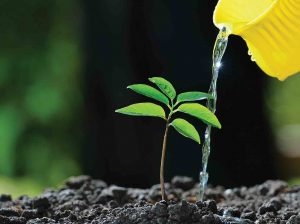 As per ICRA ratings, the recent mobile tariff hikes by operators are pointing towards greenshoots of recovery for the telecom sector. However, the agency added that adjusted gross revenues (AGR) dues still remain a major bottleneck for the industry.

The tariff hikes are expected to result in restoration of pricing power to telcos and improvement in operating metrics of the industry, according to ICRA.

However, this recovery process might be prolonged if the industry is required to pay sizeable AGR dues to the Department of Telecommunications (DoT) as per the Supreme Court order dated October 24, 2019.

The industry has witnessed a steep fall in average revenue per user (ARPU) translating from the intense competition leading to a decline in AGR from Rs 389.9 billion in Q2 FY2017 to Rs 278.25 billion in Q2 FY2020, said ICRA.

As per ICRA estimates, the industry is under a debt of Rs 5 trillion as on March 31, 2019. However, the debt is expected to decline to around Rs 4.4 trillion by March 31, 2020 resulting from the deleveraging measures by telcos such as rights issue by Bharti Airtel and Vodafone Idea and IPO of the African operations by Airtel.

No concrete decision on BSNL revival in PMO meeting