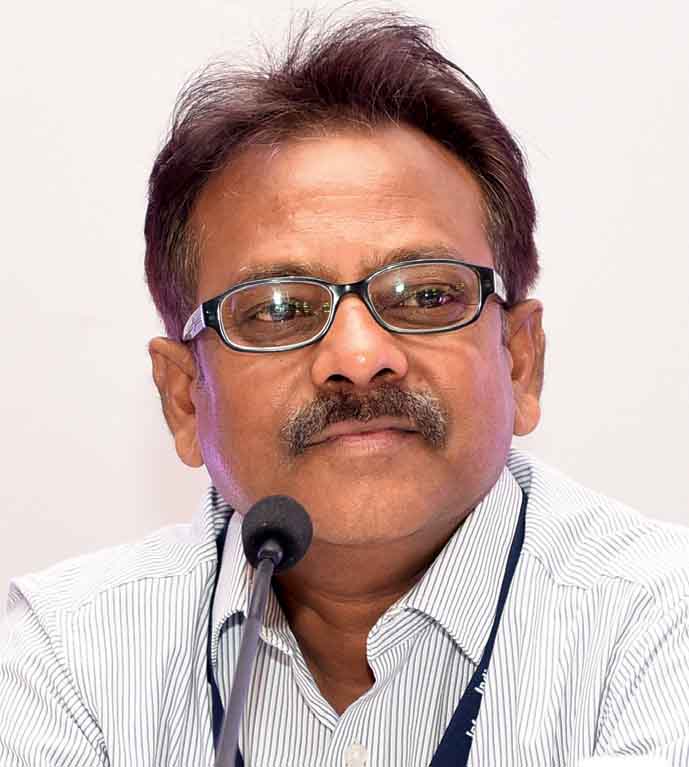 In the past few years, the government has modified BharatNet’s implementation strategy to assign a bigger role to the states for expeditious fibre roll-out. It is also considering a roadmap for larger participation from the private sector to enhance the reach, scope and utilsation of the massive and critical infrastructure being developed under BharatNet. With the completion of the BharatNet project, a large high speed rural communication network will be created. This will be a game changer, bringing the country’s large rural population into the digital fold. The network could be used for providing diverse services such as e-governance, education and healthcare. At tele.net’s recently organised conference on “OFC Networks in India”, Sarvesh Singh, chairman and managing director, Bharat Broadband Network Limited (BBNL), shared his views on the implementation experience of BharatNet Phase II, the progress so far and future targets. Excerpts…

BharatNet is playing a significant role in laying the optical fibre network to connect gram panchayats in rural India. The project was initiated in October 2011, when the government decided to set up a national optical fibre network to provide broadband connectivity to 250,000 gram panchayats in the country. The key objective was to bridge the digital divide by enhancing broadband connectivity in rural India. The optical fibre cable (OFC) network was already available up to the block level but taking it beyond, to the level of gram panchayats, was not feasible for private operators. So, the government decided to fill this connectivity gap by developing infrastructure to provide government schemes to rural masses, and at the same time allowed private operators to use it for facilitating last-mile connectivity. Essentially, the BharatNet infrastructure was conceived as a national asset, with the government wanting to deliver all its schemes through this network.

In February 2012, an SPV, BBNL, was established for BharatNet’s project implementation.

Under Phase I, 100,000 gram panchayats (later revised to 125,000 gram panchayats) were to be connected. To expedite network roll-out, the implementation strategy involved utilising BSNL’s already laid OFC infrastructure wherever possible and building incremental fibre beyond it. So, effectively, the network comprised 40 per cent of BSNL’s fibre infrastructure and about 60 per cent of BBNL’s fibre network, which has been laid from the block level up to the gram panchayat level. Phase I implementation was undertaken through three central PSUs – BSNL, RailTel and Powergrid – in non-engineering procurement and construction (EPC) mode, wherein, the material was procured by BBNL. At the block level, the architecture was linear GPON (gigabit passive optical network) based. The equipment was installed at BSNL’s exchanges or at gram panchayat buildings, post offices, police stations, schools, etc. 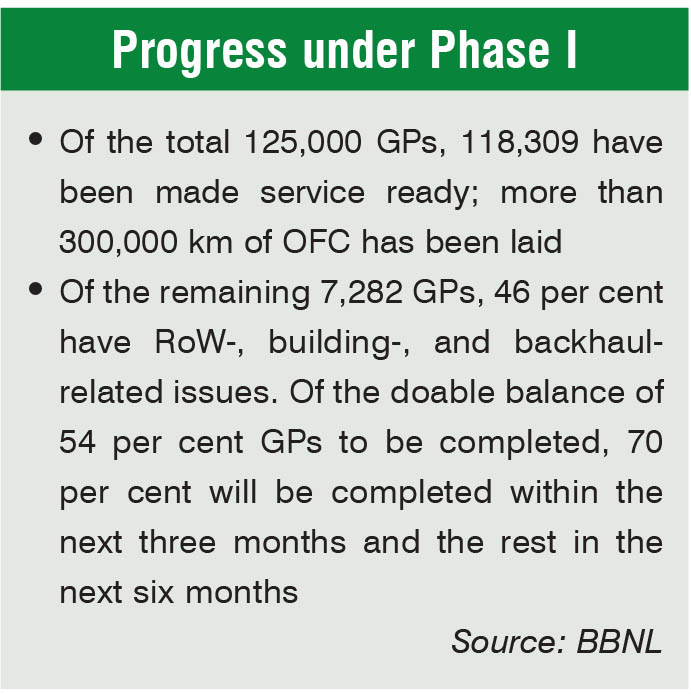 In 2015, the government launched its landmark Digital India programme, post which the BharatNet project got a big push. The implementation strategies for Phase II were modified and it was decided to lay new fibre completely from blocks up to gram panchayats as there were some issues with BSNL’s fibre network. Also, that fibre was old and would have to be replaced eventually. It was decided that the laying of new fibre will not be limited to underground; and options like aerial fibre, and radio and satellite connectivity will also be explored. The states were involved as key stakeholders in the implementation process. In Phase II, we are focusing on last-mile connectivity; to this end we are looking at Wi-Fi and other broadband technologies. Operations and maintenance (O&M) is also an integral part of all the contracts being signed with the implementing agencies.

As per our assessment, roughly 530,000 km of fresh fibre needs to be rolled out under Phase II. As of now, eight states have come forward for the implementation of BharatNet Phase II.

The cabinet has sanctioned about Rs 420 billion for the project, of which expenditure of Rs 180 billion has already been incurred. In terms of overall physical progress, 120,000 GPs have been made service ready. While the target for the completion of Bharatnet Phase II was March 2019, we plan to approach the cabinet to seek a one-year extension. 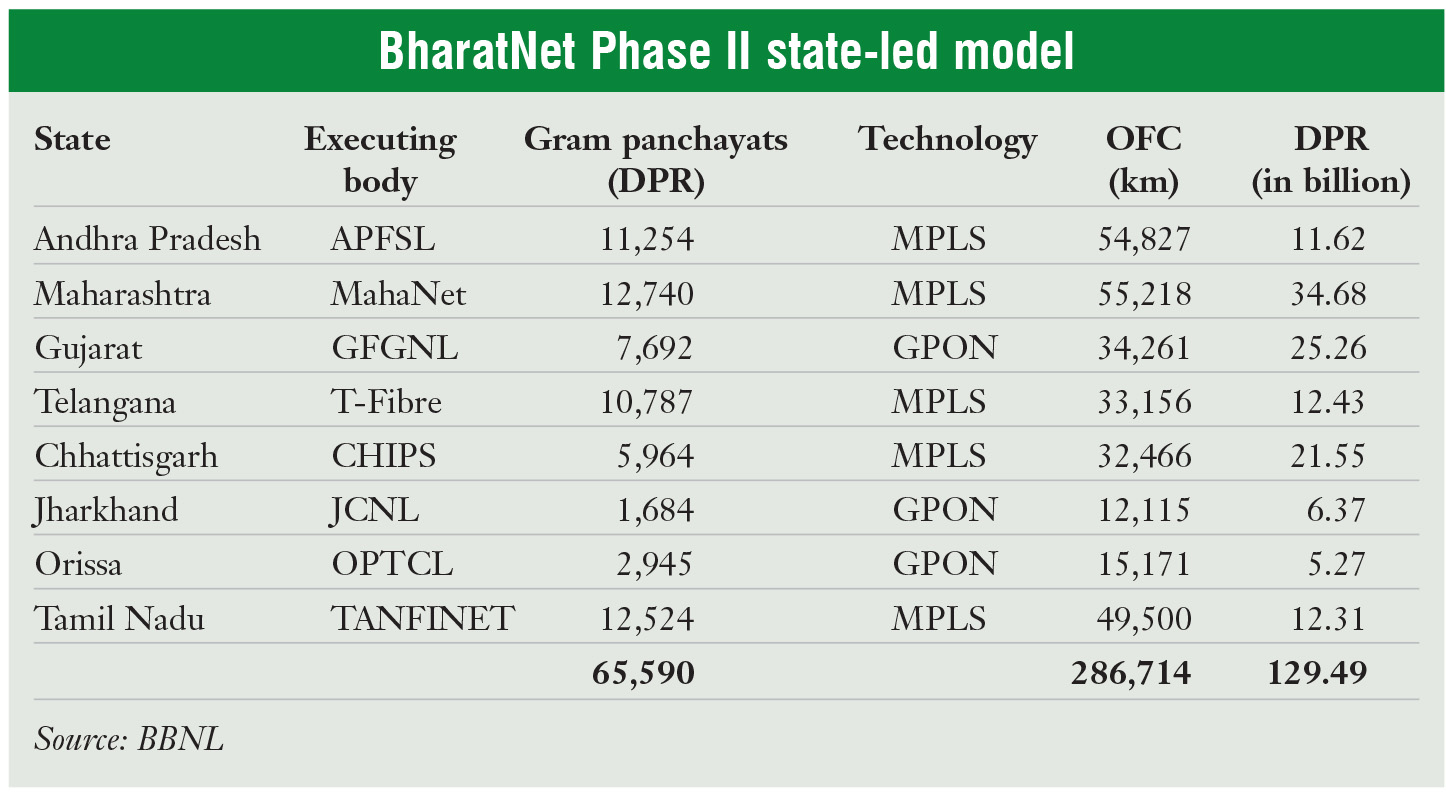 Of the total network that we have commissioned, only 30 per cent is operational owing to maintenance-related issues. BSNL had implemented the majority of the Phase I network, but found network maintenance challenging due to its financial constraints. Further, most of BSNL’s fibre network in use is old and has issues. Another key challenge is that fibre gets easily damaged due to road widening and construction works.

Limited or no utilisation of the network that has been commissioned is also a bottleneck. Although it is not a mandate of BBNL to provide last-mile connectivity, commercial utilisation of the network becomes critical considering the huge capex (around Rs 420 billion) that has been undertaken. BBNL would want its network to be commercially utilised by the government as well as private operators. At a broader level, the low level of digital literacy and limited user device penetration also impact utilisation. Further, the cost of internet leasing from BSNL at the block level is high. Currently, duct fibre leasing is not possible; we can only lease bandwidth. 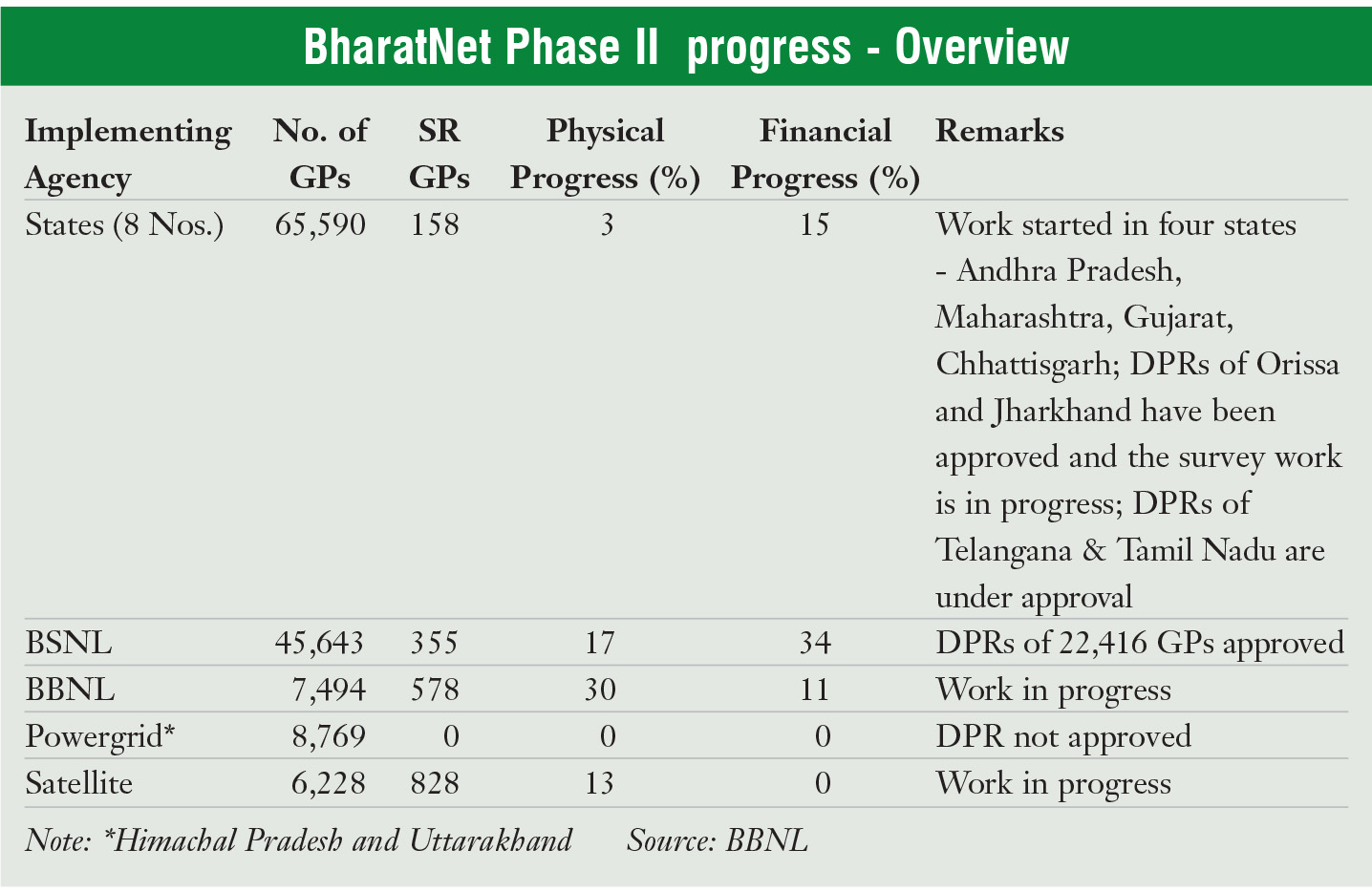 We are looking into the capabilities of the private sector for the execution, maintenance and utilisation of the network for service delivery. We are exploring PPP models under which we would offer our fibre network on lease to private telecommunications service providers. Incentivising the players in the private sector through viability gap funding, allowing them to lay their fibre or shift our equipment, and providing right of way are some of the initiatives being considered. Going forward, we plan to enable the private sector to take on a bigger role in making the BharatNet project a success. 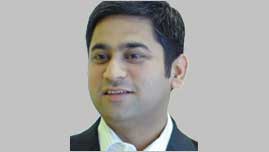 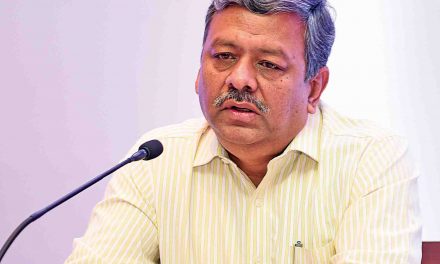 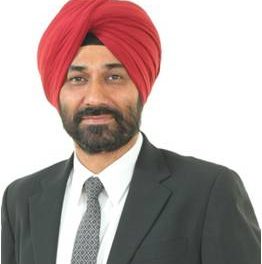 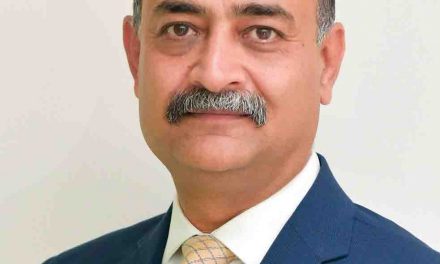